The 10 Best Bars to Celebrate the New Year in Indiana! 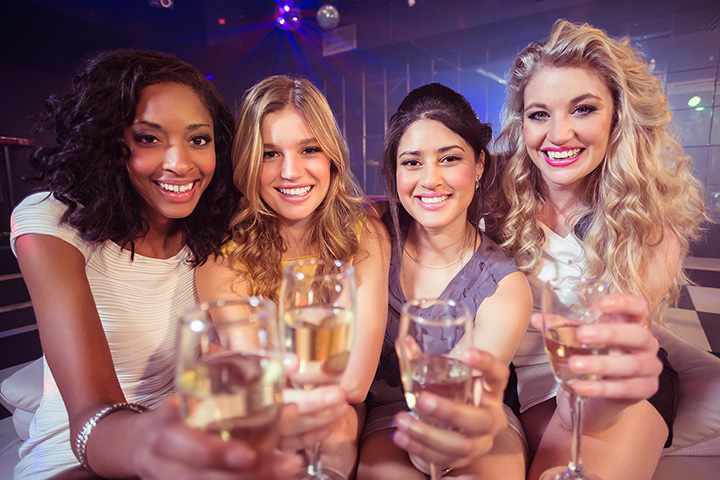 3, 2, 1…Happy New Year! Where will you be ringing it in? Across Indiana, you’ll find everything from big-city sports bars to low-key dives with all kinds of special events going on. Celebrating at one of these 10 awesome bars is a great way to close out the year with a bang.

1. Howl at the Moon, Indianapolis, IN

Come howl at the moon this New Year’s Eve! Howl at the Moon is the number one spot in Indianapolis. It’s part bar, part concert venue that creates a non-stop party with live entertainment. Join them this New Year’s Eve to kiss 2017 good-bye and say hello to 2018. There are five different packages to choose from, and it’s recommended that you make your reservations in advance.

Average Joe’s is for those who may have fallen short of their goal of becoming a professional athlete, but who have persevered and become a rock star. It’s the place where one can celebrate the small achievements, and be put on Average Joe’s wall of fame. Join the staff on New Year’s Eve as they celebrate their 20th year of being in business. It’s Indianapolis’s best, and oldest, New Year’s Eve party and a portion of all proceeds will go toward the Broad Ripple Beautification project. Purchase your advanced tickets today!

The Tin Roof in downtown Indianapolis is the place to be on New Year’s Eve. With tasty food, an eclectic atmosphere, and a community of regulars and old friends, it’s the place for musicians and non-musicians alike. The moto is “Where Everybody is Somebody” here at the Tin Roof. Join them on Dec. 31 and prepare to be amazed by ATL’s hottest party band as they make their way to the Tin Roof to celebrate the New Year. You don’t want to miss this!

4. Out of the Ordinary Hickory Sports Bar, Nashville, IN

Welcome to Out of the Ordinary Hickory Sports Bar, located in the heart of downtown Nashville, Indiana. This family-friendly establishment is open year-round and serves up some of the best homemade food in southern Indiana. Join them at 7 p.m. on Dec. 31 for a one of a kind New Year’s Eve celebration. The “O” So Good Band featuring Lauren Robert and Russell Moss will be at the bar to help you dance your way into 2018, so be sure to purchase tickets early!

This is your one of a kind, local neighborhood bar in Fort Wayne, Indiana. Offering a family room for children, the bar also offers over 50 flat screen TVs for your sports viewing pleasure. Wrigley’s in known for their delicious menu, especially their salad bars and daily drink specials. Come join the Wrigley gang as they ring in the New Year with Sum Morz & DJ Trend! Don’t forget to order their infamous Wrigley Wings!

Nine Irish Brothers began over 30 years ago when Jerry O’Bryan told him wife that if his other business ventures didn’t pan out, he wanted to open an Irish pub. After 30 years, with two children and a grandchild, Jerry decided to make his dream come true. Nine Irish Brothers is now the place to go for a good drink, family friendly atmosphere, and some of the best Irish food in Indiana. Come celebrate this family owned establishment and help them ring in the New Year by joining them for their legendary New Year’s Eve celebration! Reservations are required, and there will be a champagne toast, a live DJ, and an abundance of delicious food!

Enjoying a flight of Irish brews with @victoria_mckinney_ tonight

7. The Sinking Ship, Indianapolis, IN

The Sinking Ship is the best place to find vegan and carnivore dining alike. You’ll find not only a delicious assortment of food, but also sci-fi, horror, wrestling, and hockey on the many TVs positioned throughout the bar. Join them on New Year’s Eve for a casual celebration with all your favorite people. There will be a free champagne toast and live coverage of the ball drop in New York City.

Hi. It is nice to see you again.

8. The Slippery Noodle, Indianapolis, IN

The Slippery Noodle Inn is another one of Indianapolis’s oldest bars. It was originally founded in the 1850s and has continually operated out of the original building. The Inn has been used for all types of activities, including a station for the Underground Railroad, a bordello, Prohibition era bootlegging, and more. Be sure to visit this historic bar on New Year’s for a night of incredible entertainment from The Why Store, featuring Chris Shaffer as well as other entertainment by Dough Henthorn and Travis Feaster. You won’t want to miss this!

9. The Melody Inn, Indianapolis, IN

Tucked away in Indianapolis is the Melody Inn, one of the oldest bars in Indianapolis. Sit at the original oak bar and have one of their classic drinks, chill out in the PBR lounge and take a break and head out to the inn’s popular Smoker’s Garden. There is something for everyone here in terms of music so whether you prefer punk, pop, rockabilly, hillbilly, rock, or comedy, there is a wide variety of musical taste and talent! Join them on New Year’s Eve for a night of punk rock celebration, featuring the return of the infamous Harley Poe with the Jasons, the Black Cat Rebellion, and the 9th Circle Symphony!

10. The Dugout Bar, Indianapolis, IN

The Dugout Bar has been a local favorite in Indianapolis since 1954, when Jack Wagner was the reigning softball pitcher and sponsor of a fast pitch team based out of the Dugout. Though Jack no longer owns the bar, it’s clear that current owner, Nick Baxter, is keeping the bar going strong. It was recently voted Indiana’s #1 dive bar! Come join them on New Year’s Eve for a night of good fun and great food! Bring your friends and family and enjoy a delicious Dugout Pizza or an all-star sandwich with a basket of their delicious fries!

My new favorite dive in Indy. (The only dive I've ever been to in Indy.)