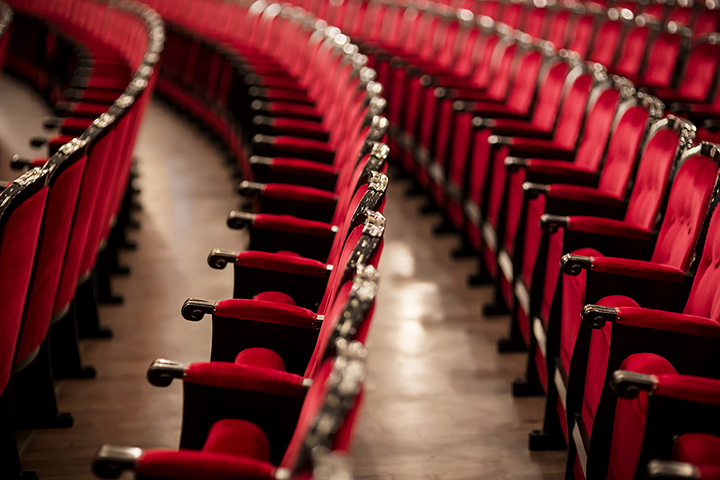 Ah, the theater. What better way to spend the evening than enjoying classical performances from musicals to comedies, ballet, and more? If you are a lover of the arts and looking for some outstanding entertainment, be sure to check out these 10 best places for live theater in Indiana!

The Kokomo Civic Theatre has been giving the city of Kokomo spectacular performances since 1949. They seek to provide quality amateur theatre to the city and its neighboring communities while bringing the best in live theatre. The goal is to provide a creative outlet through the arts for everyone in the community. With 4-5 shows a year, the KCT performs at Havens Auditorium, the main stage for Indiana University Kokomo.

The Civic Theatre of Greater Lafayette is one of the oldest, active theatres in Indiana. It was originally founded in 1931 as Lafayette Little Theatre before being recognized and renamed to the Civic Theatre in 1966. The goal of the theatre is to enhance and educate the greater Lafayette area in the cultural world of arts. Every year, the theatre produces five “Main Stage” productions at the Historic Monon Depot Theatre, founded in 1980. There is also a youth theatre group for children 18 and younger. The theatre offers classes and camps throughout the year for those interested in the performing arts.

The Elkhart Civic Theatre in Bristol, Indiana, is located in the historic Bristol Opera House and is known for being one of the most award-winning community theatres in the country. The theatre has come a long way over the last 77 years, and it is indeed a quaint and charming place to watch live theatre in Elkhart. Most locals call it the gem of Elkhart County. The theatre offers a youth team, in additions to theatre camps. Notable shows include “Go Back for Murder” (an Agatha Christie original), “The Great American Trailer Park Musical” (with hits such as ‘It Doesn’t Take a Genius’ and ‘Road Kill’), as well as a beloved classic: “White Christmas.”

Head on over to North Vernon, Indiana, this summer to the Park Theatre Civic Centre. When the theatre originally opened in 1916, it was the home for vaudeville acts and silent films. When you walk into this magnificent structure, it’s almost as though you can feel the history seeping through the walls. With 330 seats and a wraparound balcony, as well as the original brick wall, tin ceilings and art deco lighting, you almost feel as though you’ve stepped through time just a bit. The theatre is known for its low-ticket prices and being family friendly. It also doubles as a movie theatre in addition to live productions.

Come visit the Dunes Art Foundation in northern Michigan City, Indiana. Another not-for-profit organization, the Dunes Art Foundation began its career in 1952 in the Harbor County Theatre. The site itself is spectacular. Located on a 20-acre wooded site, roughly a half mile from the Michigan dunes and the lake shore on the border of Indiana and Michigan, this theatre seats over 240 individuals on any given day. There are also 12 cabins for summer actors and interns, as well as an outside pavilion for performances.

Theatre at the Center, Munster, IN

Employing some of the finest performers in the greater Chicago area, TATC puts on some the most amazing shows year-round. From musicals to comedies, new plays and more, TATC is committed to bringing the performing arts to the entire Munster community. TATC was established in 1990, one of the largest with over 400 seats available. It has the feel of a classical opera house mixed with a concert venue with its round room seating and a large stage that spreads across, followed by a smaller stage in the center. TATC is a not-for-profit organization, operating on grants, individual donations, and support from the Community Foundation in northwest Indiana.

Beautiful. Timeless. Classical. Breathtaking. All words to describe the Indiana Ballet Theatre in located in the small town of Merrillville, Indiana. In Merrillville, Indiana for over 30 years, IBT is dedicated to enriching and transforming lives through dance. The goal is to preserve historical ballet while entertaining and providing an educating, affordable experience for everyone through the state of Indiana and those who visit. Shows include “Thumbelina,” “Sleeping Beauty,” “The Nutcracker,” “Cinderella,” and “Peter Pan.”

The Chicago Street Theatre in Valparaiso, Indiana, recently celebrated their 62nd year of producing amazing, first class, live theatre for Northern Indiana. Originally located in the Memorial Opera House, the company purchased the Chicago Street Theatre (ironically located on Chicago Street) in 1997. The theatre is open to anyone who wants to participate, whether it is on stage or behind the scenes. Check out their “One Night Jam” series in which many talents such as Gretchen Peters, Michael McDermott, Lou Sampou, and Cathy Richardson have come to perform, live, for the residents of Valparaiso and Indiana. The venue has two types: Mainstage with VIP comfy couches (and pictures with the artist), or the Edith Wood setting, which offers a more intimate, in house concert type of setting.

Wagon Wheel Center for the Arts, Warsaw, IN

Head over to the small town of Warsaw, Indiana, for some great live entertainment. Another one of Indiana’s oldest theatres, it is best known for their high-quality products and concerts. The theatre also has a unique, concert like venue in its structure. The room itself is round with overhead lighting, the stage centered and the seats situated round the room. It provides a more intimate experience during performances.

8534 Canterbury Square West, Indianapolis, IN
Mission statementBTI strives to enrich the cultural life of the community by providing top quality dance performances that will increase the awaren... Read More

4602 Sunset Avenue, Indianapolis, IN
About UsClowes Memorial Hall is the anchor of the Butler Arts & Events Center. With 2,148 seats and a history of presenting artists dating back... Read More

3 Center Green, Suite 300, Carmel, IN
Our Mission To foster a love of theatre through imagination, education, and participation. Indianapolis Civic Theatre is the largest of more than... Read More

The Center for the Performing Arts

3 Carter Green, Carmel, IN
Our Mission The mission of the Center for the Performing Arts is to engage and inspire the Central Indiana community through enriching arts experi... Read More

15 First Ave. NE, Carmel, IN
About Us: We are a non-profit community arts collective that encourages self-expression through visual art, dance, music, and theater. We believ... Read More

617 Indiana Avenue Suite 315, Indianapolis, IN
About Us:Youth development through the arts is our focus and the building block of our success. The Asante Children's Theatre of Indianapolis, IN (... Read More

617 Indiana Avenue, Indianapolis, IN
Vision To Lead. Our new vision is to become the primary provider of African-American arts in the midwest presenting new or lesser-known art forms. ... Read More

705 N Illinois Street, Indianapolis, IN
Mission:Indiana based, The Phoenix Theatre presents the best of contemporary theatre in an intimate setting. Through issue-oriented plays, audience... Read More

140 West Washington Street, Indianapolis, IN
Mission: Live theatre connects us to meaningful issues in our lives and has the power to shape the human experience. The mission of the Indiana Re... Read More

Theatre On The Square 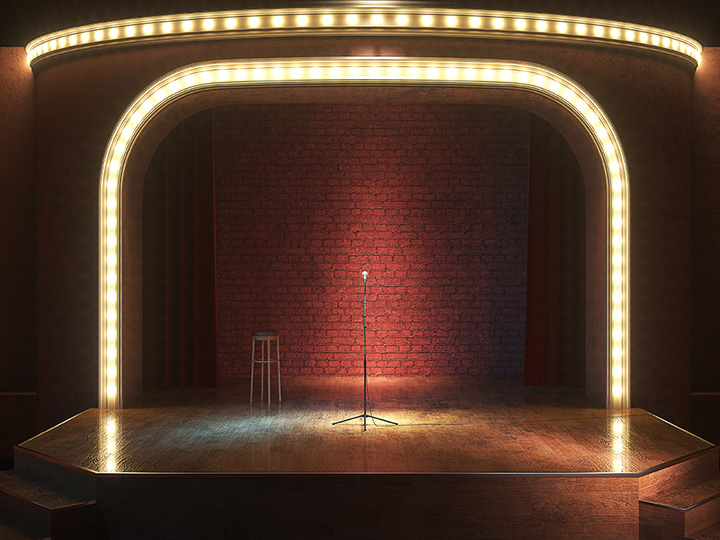 721 Massachusetts Avenue, Indianapolis, IN
ComedySportz is the longest running show in Indianapolis, now in its 20th year! Fresh, funny, relevant and fun for all ages. Finally, a fun, fast-p... Read More

140 West Washington Street, Indianapolis, IN
MISSION Live theatre connects us to meaningful issues in our lives and has the power to shape the human experience. The mission of the Indiana Rep... Read More

604 Powell Street, Lebanon, IN
Center Stage Community Theatre of Lebanon, IN, has been producing high quality theatrical performances for the last fifteen years. To date ... Read More
Show More
Select a Indiana town to find
the Best Things-To-Do and Places To Go around you